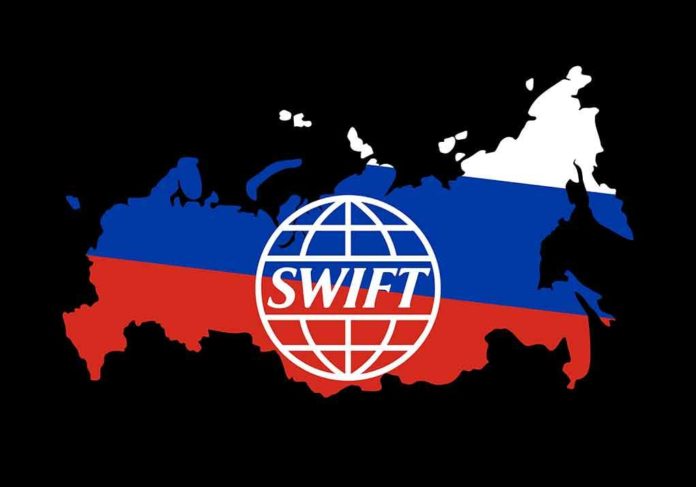 (DailyFix.org) – Senator Tom Cotton (R-AR) has had it with President Joe Biden’s “pussyfooting around” the crisis in Ukraine. According to the senator, there’s far more the United States – and the world – can do, starting with hitting Russian President Vladimir Putin where it will hurt the most.

Senator Cotton wants the US and other countries to stop wasting time with sanctions that he says are ineffective deterrents and pull the trigger on removing all Russian financial institutions from the SWIFT system, which is how international banks communicate and transfer funds.

Removing Russia from SWIFT would have devastating consequences for the nation’s economy, which Cotton contends would put the kind of pressure on Putin he deserves. Global economies would feel the ripple effects of freezing Russian holdings. According to Senator Cotton, those kinds of tactics are the only thing someone like Putin understands. The senator also wants to place further sanctions on Russian oil and gas.

Cotton’s harsh words for the Biden administration came with praise for the Ukrainians who have fought off the Russian military to the best of their ability, including kind words for grandparents showing up to grab weapons to join the fight. “We’ve seen moms with kids making Molotov cocktails,” Cotton said, invoking strong imagery of the Ukrainian plight he cares about so much.