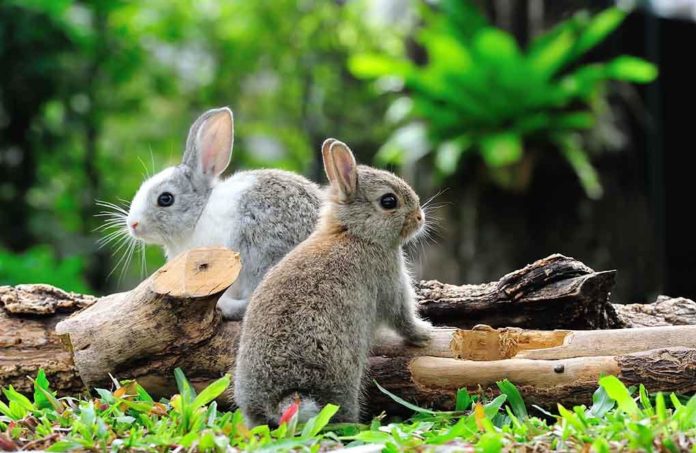 (DailyFix.org) – The US military’s most fortified building, the Pentagon, is supposed to be impenetrable to any unauthorized individuals. Yet, what if the intruder isn’t a human? What if it’s a harmless bunny rabbit?

That’s right. Peter Cottontail has made his way into the inner sanctum of the US military. Who knows how long he’s been observing the brightest minds in America as they protect the country from hostile regimes in North Korea, China, or Russia.

Now, the government needs to play nice with the bunny, so he doesn’t unleash the military’s secrets. All kidding aside, the rabbit was spotted hopping around the 5.1-acre outdoor courtyard at the center of the Pentagon. The Department of Defense says it doesn’t keep tabs on harmless small animals in the yard.

Still, many wonder how the rabbit got into the fortified area. It’s doubtful the animal dug underneath the massive building and emerged in the inner sanctum. Instead, some theorize a hawk scooped up the bunny, and the harmless hairy beast fell to the grassy interior of the huge building’s courtyard by accident. One will never know for sure how Peter Cottontail got there.

It’s not the first incident of an unusual animal showing up in the Pentagon’s courtyard. On January 31, a chicken appeared in an unspecified area of the complex. The story ended up on “The Tonight Show Starring Jimmy Fallon,” and a t-shirt line adorned by the chicken sold out after the bird went viral on social media. Could Pentagon Peter Cottontail merch be next?