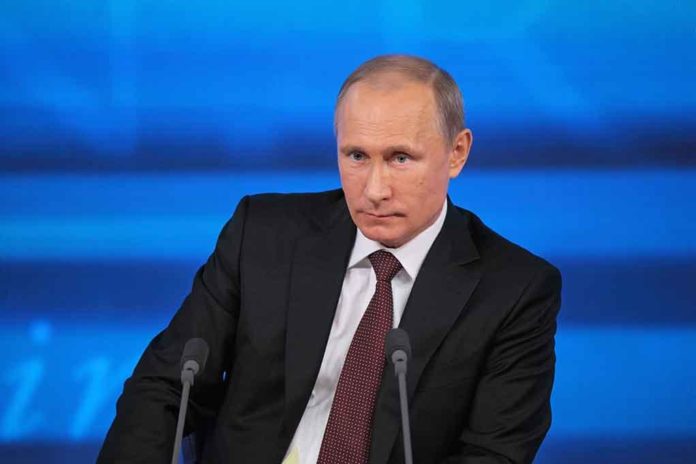 (DailyFix.org) – On Monday, February 21, Russian President Vladimir Putin laid out his view of Ukraine’s history and said it was crazy that Ukraine was ever allowed to become its own country independent of Russia, asserting it was the doing of Vladimir Lenin. On Tuesday, Russia moved into two Ukrainian territories held by Russian separatists attempting to break away from Ukraine. In keeping with his promises, President Joe Biden announced numerous sanctions against Russia.

On Tuesday evening, Fox News host Tucker Carlson warned viewers that US sanctions on Russia would cause Americans already struggling under the weight of inflation to suffer even more financial pain. Everything one purchases will continue to rise in price because of the new punitive measures, he claimed. President Biden effectively echoed what Carlson said earlier in the day.

Carlson added that while you may not be able to afford to dine out or take a vacation this summer, you can rest assured you have sent your message to Russia. Carlson said that $100 for a barrel of oil is no small thing. The fact is, you need energy to live your life, and that’s non-negotiable, unless you’d prefer to go back to horse and buggy.

Will voters approve of the administration’s policy on Ukraine? Will they tolerate the continued decline in the value of their money?

We’ll find out in November.