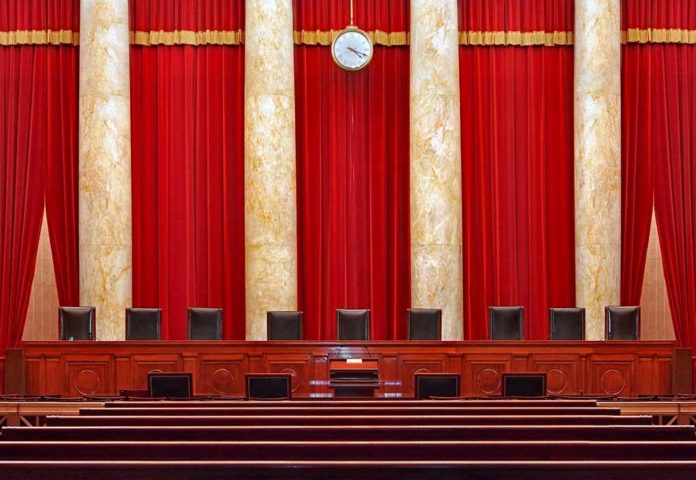 (DailyFix.org) – During the 2020 presidential election, then-Democratic candidate Joe Biden invoked identity politics and declared that if elected, he would nominate a Black woman to the US Supreme Court if the opportunity presented itself. On Thursday, January 26, news leaked, indicating Supreme Court Justice Stephen Breyer, 83, planned to retire at the end of the Supreme Court’s term in June or July.

Over the last year, liberal activists tried to persuade the court’s oldest justice to retire. Their rationale was simple. If Justice Ruth Bader Ginsburg had retired during President Barack Obama’s time in office, there wouldn’t be a 6-3 Republican-confirmed majority on the court. Breyer recently stated he did not want his seat to go to a more conservative justice, and, assuming the Republicans take back the Senate in 2023, that could well have been the result. Breyer released an official letter stating his intentions on January 27, and there are already two primary candidates who political strategists say could lead Biden’s shortlist of potential nominees.

Who Are the Leading Contenders?

While Biden hasn’t said who he’s considering replacing Breyer with next summer, there are two potential nominees political insiders believe are on his shortlist. Both Ketanji Brown Jackson and Leondra Kruger are black female judges in Democratic circles.

If Biden nominates an individual Republicans believe is too far to the Left, they may strongly resist. Democrats can still confirm a nominee if the GOP unites, but 100% of them will have to vote together. It’s not impossible. On Thursday, January 27, Moderate Sen. Joe Manchin (D-WV) said he isn’t opposed to confirming a nominee who’s more liberal than he is. However, he does have limits; he scuttled Biden nominations at least twice in the last year because they were too far left or controversial in some other way.

Let’s jump in and take a look at the two potential Supreme Court nominees.

In the summer of 2021, the Senate confirmed Jackson to the DC Circuit Court of Appeals by a 53-44 vote. Democrats were united in the confirmation vote. So, on that note, it would be difficult for a Democrat to oppose Jackson. She is a solid Progressive who many Democrats feel they can trust with their agenda. Still, she’s not without some controversy.

Before serving on the DC Court of Appeals, Jackson served on the US Sentencing Commission. During her time on that board, it significantly reduced drug-crime sentences and allowed thousands of prisoners to seek early release. That could put a few vulnerable Democratic Senators running for re-election in crime-ridden areas in a tough spot.

Kruger is a highly regarded litigator who works well with Conservative judges — a much-needed quality on today’s Supreme Court, where there are only three Liberals and six Conservatives. Some Democrats may like that Kruger comes from far-left California and has Moderate credentials.

In addition to serving on the California Supreme Court, Kruger served in the Justice Department for six years under former President Barack Obama. She understands the other side of the bench as someone who argued six times on behalf of the government before the Supreme Court. Her fellow attorneys praise her in the press.

So, will Biden pick one of these two women? Some say it’s likely.

Stay tuned for developments in this story.